THE WOODLANDS, TX – Dragon Football wins big at home, cross country and volleyball teams make their marks on the road. Results for the week of September 5, 2022

“Everyone is ready to win, few are ready to do so.” The Dragons took a step closer to being themselves this week as they took on the St. Mark’s Lions, 50-14. The Dragons took the game’s first play 50 yards against the Lions 15, scored three plays later and didn’t look back. QB Vaughn McKeever was on his way all night, accounting for nearly 400 total offensive yards on a night the Dragons totaled more than 600 offensive yards. McKeever went 22 for 31 with over 300 passing yards and a touchdown; his feet came to play and he rushed nearly 100 yards with four rushing touchdowns. WR Kielar Sullivan was dynamic as usual with 11 touches for over 150 yards and two touchdowns. RB Dean Calhoun carried the charge in the backfield with 20 carries for 120 yards and a touchdown. The Dragon defense retained their no-break folding style as they closed out the Lion’s fast attack, allowing just one score each half out of nine total possessions for the Lions. OLB Hayden Hammit was the star of defense as he was all over the pitch, making life-saving tackles and wreaking havoc in the Lion run game. It was LB Alex Rovirosa who once again led the way with 11 tackles on the night and the Dragon’s ‘turnover chain’ even made an appearance when C Sam McDonough netted an interception to help end a other possession of the Lion. The Dragons now head to conference play in hopes of defending their SPC 3A crown; their title defense begins with a road game in Dallas this Friday as they take on the Greenhill School Hornets. –Coach Daniel Lewis

Scout Team Player of the Week: Jett Flinn Next appointment for Dragon Football:

September 30 at the Prépa Cistercienne*, 7 p.m.

9/10 to Run the Dog Pound Invitation

Coach George Dohner: Cooper’s cross-country teams participated in the annual “Run the Dog Pound” Invitational at Magnolia. Cooper was the only private school team to compete in public school 5A and 6A talent competition. The boys would finish in third place while this girls team finished fourth. “It was a great competition for us!” Coach Dohner said. “Our boys’ and girls’ teams had kids who really progressed and ran well.” Gray Mendenhall and Megan Day both continue to lead the team in competitions. In their first 5k of the season, Mendenhall finished third in the boys, while Day finished sixth in the girls. “It was great to see Chloe Smith and Ava Perugini running with confidence today, and both had their best race of the season,” said Dohner.

Cooper Cross is taking a break from competition for the next two weeks to focus on training for the Chili Pepper Classic at the University of Arkansas on October 1.

Sub-Varsity Shout Out: Congratulations to the JV Boys who finished in second place, led by second student Nathan Montes. And congratulations to Jacob Baily for winning the Freshman Boys Race.

Next step for Dragon Cross Country

Oct. 1 at Chili Pepper Festival, 7 a.m. at the University of Arkansas

Coach Courtney Eckenrode: The Dragons went to the FAST complex to participate in a very competitive private school tournament on Friday and Saturday. We went 3-2 on the weekend finishing T-5th place in a gym full of talented teams! The highlight of the weekend was starting the tournament with a three-set victory over Frassati Catholic who the Dragons fell to earlier in the season. The team is showing phenomenal growth and this victory proves it! The Dragons picked up victories over Frassati Catholic, Legacy School of Sports Science and Cypress Christian. Next step for Dragon Volleyball: 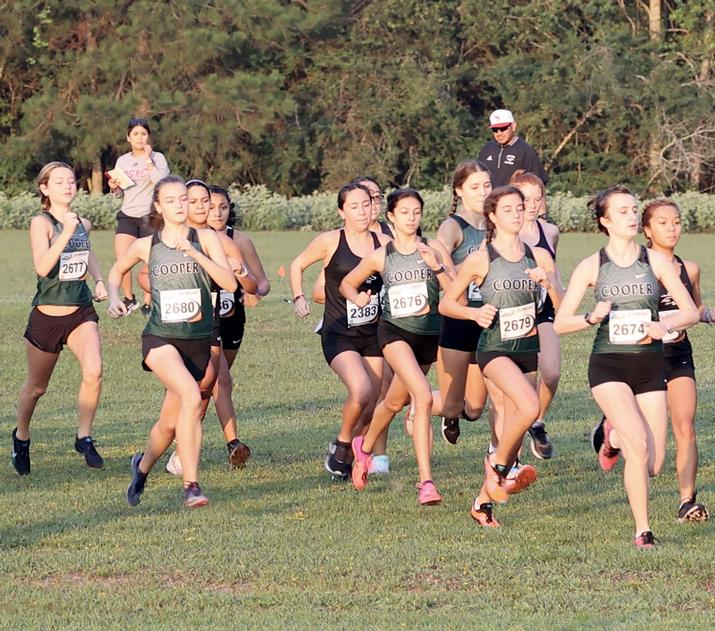 Blufftop Cross is not inclusive for me | Letters to the Editor

From: Sam Miller I have seen all of these replies in support of the controversial symbol that is posted on the Garvin Heights Bluff by an unknown person. First of all, I want to respond to the person a few weeks ago who said “Christianity is inclusive”, and therefore the symbol should remain because of […]