The Royalhouse Chapel International, through its women’s ministry, ‘Royal Ladies’, organized a nationwide initiative to free more than 50 mothers who were unable to pay their hospital bills after giving birth.

As part of the project, local church congregations across the country visited health facilities in their localities and paid hospital bills for mothers in need.

The initiative which coincided with the annual celebration of Mother’s Day, was part of the activities planned for the celebration of the 60th birthday of the President of the Royal Ladies Ministries International, the Reverend Mrs. Rita Korankye-Ankrah.

The 60th anniversary celebration, themed “A mother, her calling, her example” has already seen the woman of God visit her alma mater, Zion College in Anloga in the Volta region where she gave her life to Christ, to give back to the school. 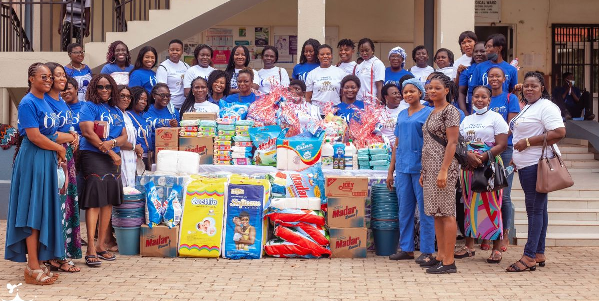 Other health facilities visited were Suntreso Government Hospital in Kumasi where the team paid the bills for 7 babies in critical conditions who were on oxygen. At the government hospital in Peki in the Volta region, 7 mothers were discharged. The team also paid for blood for another mother who was in critical condition and donated two pieces of medical equipment for use in the hospital’s maternity ward. At Suhum General Hospital in the Eastern Region, 6 mothers were discharged from the hospital. The team also paid the bills for a toddler who had suffered severe burns and was admitted to hospital. 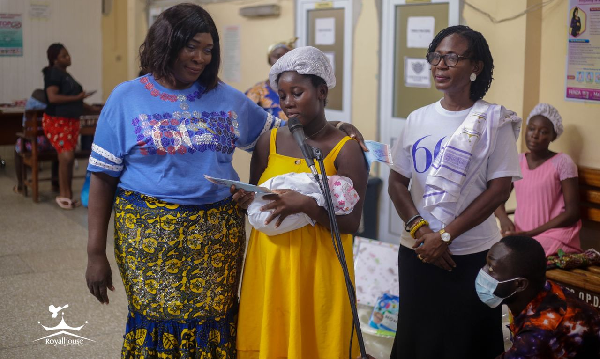 “Our main areas of focus were paying mothers’ discharge fees and providing newborn care and support items,” she said.

Rev. Dr. Yirenkyi added that the church’s youth choir, Voices In Worship (VIW), with the support of leaders, has been doing this for 10 years in commemoration of the birthday of the woman of God.

She also called on other charities to follow suit as there are many needy people in the hospitals visited.

Other public hospitals in Cape Coast, Sunyani and Takoradi have also benefited from the initiative.

The mothers, who were excited when they were released, thanked the church for the gesture.

The thirty-ninth annual game between Otago Boys’ High School and Christ’s College was played yesterday at Carisbrook in gloomy and fine weather. The pitch was in excellent condition and the match was played to cheers from fans of both teams. The teams having launched their respective battle cries, kicked off against the crosswind. The game […]

Mercy Hospital Oklahoma City has tightened security and locked down the intensive care unit in response to online threats against Mercy and its employees, the hospital confirmed to Becker’s. “There have been numerous baseless allegations and attacks online in the past week about our hospital and our colleagues. We have done our best to respond […]