A FULL year of celebrations to mark the 50th anniversary of Salvation Army ministry in Portugal and Spain ended in joy with a convention led by General Brian Peddle and Commissioner Rosalie Peddle (World President of woman) in the Portuguese capital, Lisbon. The two countries were united as a Salvation Army command in February 2013, but the army’s work dates back to May 1971 in Spain and July 1971 in Portugal. It was the very first event for all Salvationists and friends from both countries.

The convention featured special moments, such as officers’ councils attended by officers from both countries.

There were specific meetings for women, men, young people and children which all took place simultaneously. United meetings provided an opportunity for Salvationists and friends of all ages to draw closer to God and to be challenged to stand firm in his presence.

Celebrating half a century of Salvation Army ministry – when Portugal was ruled by authoritarian rule, suffered a bloodless military coup and became the democracy it is today – demonstrated how faithful God has been in the past, but also that he is faithful in the present and will continue to be faithful in the future. This theme of God’s presence abiding with his people was reflected throughout the event. 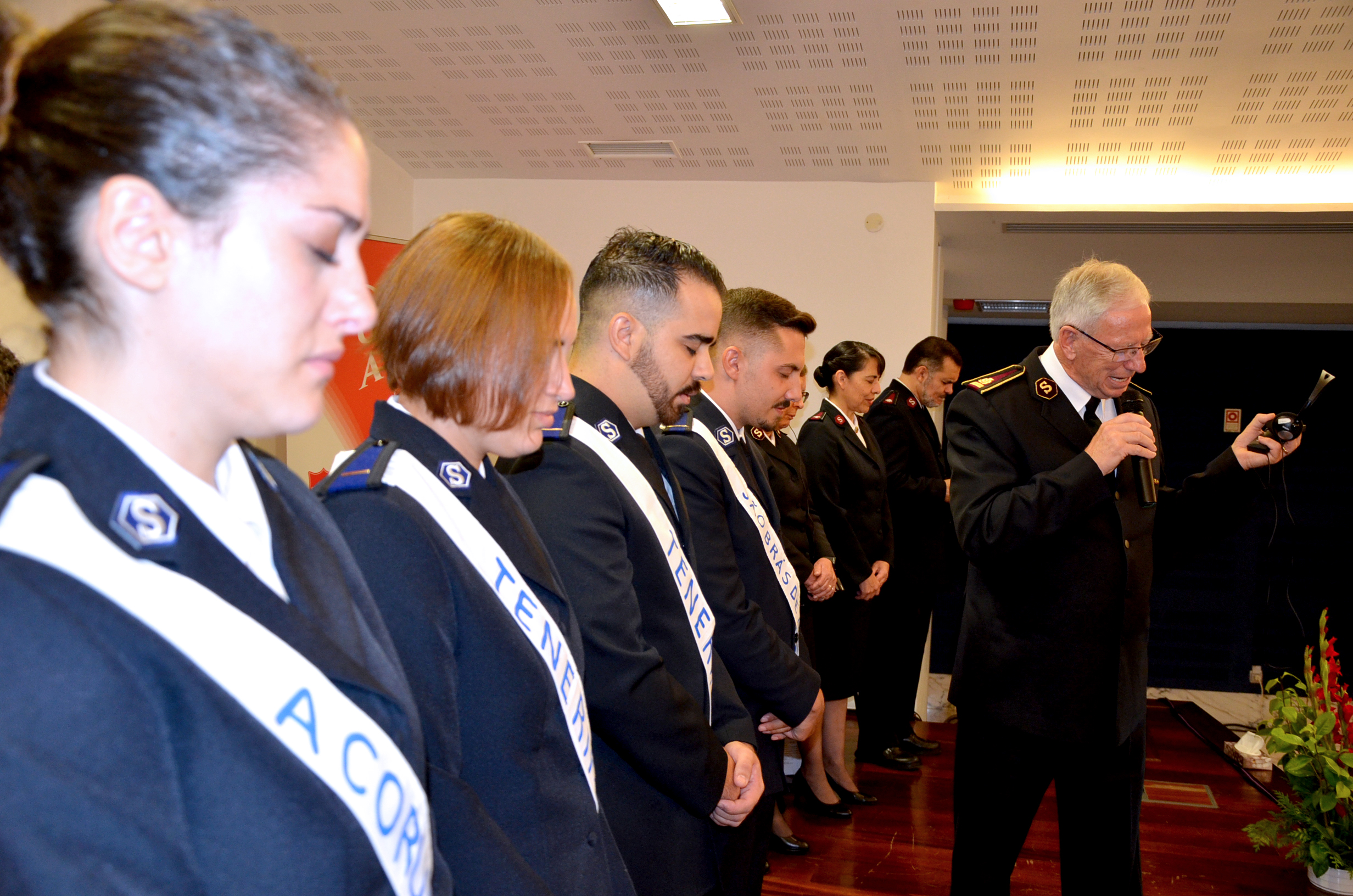 One of the highlights of the convention was welcoming the four cadets from the Defenders of Justice session – the first cadets in the command for seven years. The general told them, “I chose the name of your session, Defenders of Justice, but God chose you to be part of this session.

Over the weekend, God used General and Commissioner Rosalie Peddle to minister to delegates in a powerful way, touching hearts, calling lives into total surrender to God and inviting young people to say “yes to God’s call to serve as officers of The Salvation Army. At the last meeting of the convention, 16 young men and women came forward to the mercy seat in public response to this call.

The General said: “Spanish and Portuguese, young and old, we have become ‘One in Christ’…Singing, music and praise have become a common expression.

After nine years spent together under the same command, this first joint congress has increased the feeling of unity between the two countries. The convention and ministry of international leaders positively impacted the lives of delegates, who returned home with a renewed conviction that God has greater things to do in Spain and Portugal.

Command of Spain and Portugal

Photos of the visit can be downloaded from sar.my/gensap-22

by Sandro Botticelli The Man of Sorrows is a harsh and haunting image. Dating from around 1500, it looks like a bust portrait painted from life. But since the subject is someone who has not been seen in the flesh for a thousand years and more, it cannot be that and must be taken for […]

The Relationship Between Salvation and Education | Faith

Some of the consequences of Jesus’ miracles in the New Testament must have been their economic and social impact. Consider the value of a large catch of fish, the ability to work after being healed of a withered hand or being lame, or to reenter society after being cleansed of leprosy. The Old Testament prophets, […]

The mad left will rejoice at the results of a recent US Gallup poll which found that belief in God in this country has suffered a six-point drop since 2017, with only 81% now believing in the existence of God. Whereas the question posed by Gallup was that of a generic God: “Do you believe […]