The monumental impact of George Floyd’s death on black America

Christopher Johnson May 25, 2021 Support Groups Comments Off on The monumental impact of George Floyd’s death on black America 5 Views

Why should you join a fertility support group 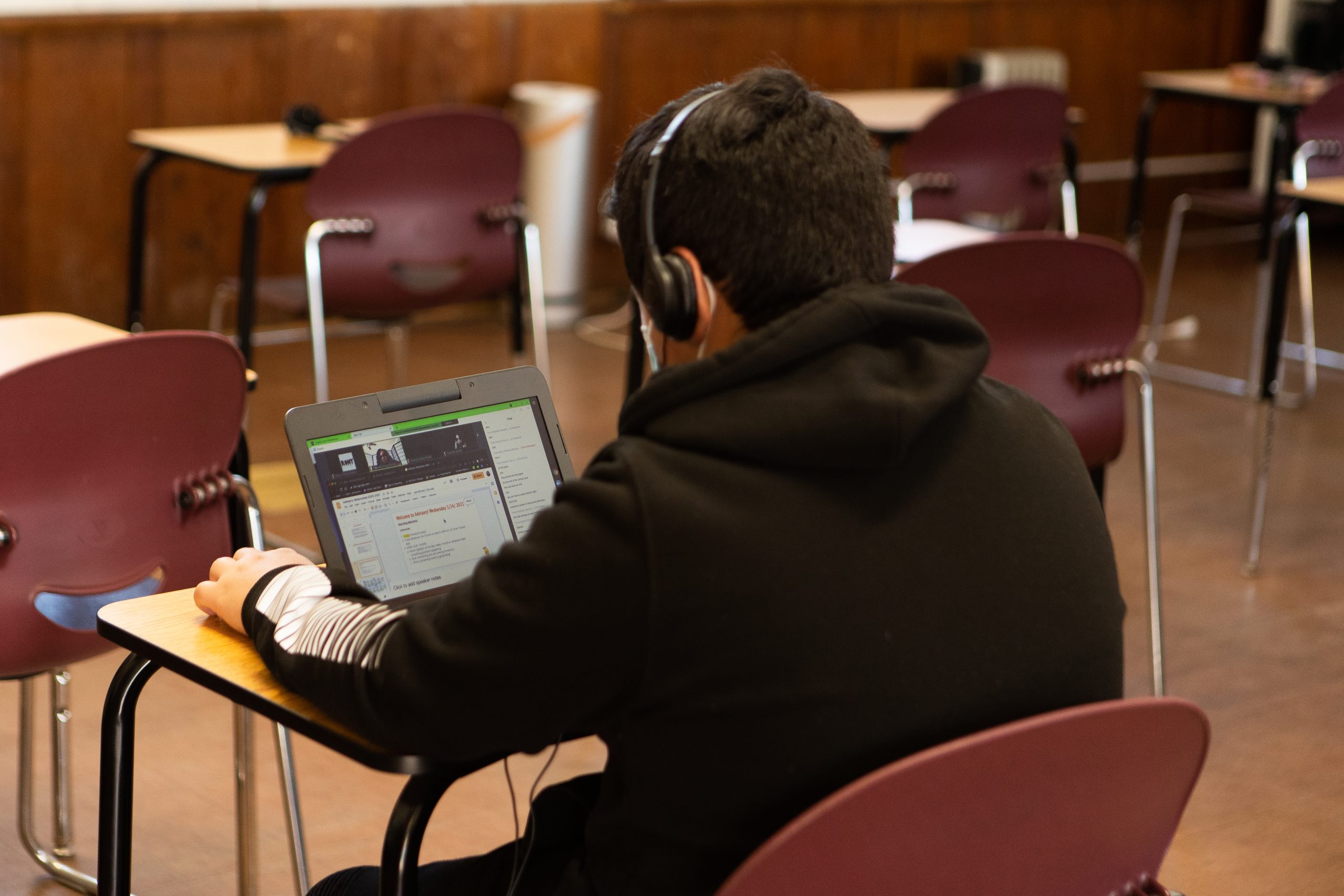 Oakland families are suing California over its distance learning plan. Here is the last one

The moment happened as so many others did. A man unknown to most people in the world was about to become a hashtag. Millions of people watched a video broadcast countless times over the course of a year, horrified to see a policeman press his knee into the man’s neck for 9 and a half minutes, killing him. The desire to reverse this man’s fate seemed as hopeless as it was futile.

The world changed on May 25, 2020, just months after the global pandemic had already changed everything. The death of George Floyd, which came under the weight of former Minneapolis cop Derek Chauvin, has opened many eyes to the realities of police brutality. Almost every corner of life has been touched by the renewed racial justice movement spurred by Floyd’s death: police, politics, sports, art, culture, business, education, media and more. Social media feeds, kitchen tables and park benches have become places for conversation and confrontation.

“It was a moment of inflection to look at each other intently, and I think most Americans weren’t proud and alarmed,” said Cedric Richmond, director of the White House’s Office of Public Engagement.

As Floyd’s death changed the world as a whole, the tragedy was a stark reminder, especially to black Americans, of the deep systemic realities underlying black lives. While not necessarily new information, it sparked a new call to action, said Richmond, a former congressman from Louisiana. “People have asked [change] for a long time. This is the whole “Say Their Names” movement, ”he said, referring to calls to invoke the names of people who have succumbed to police violence.

Video of Floyd’s last cries of air was everywhere, for better or for worse, said Maryam Jernigan-Noesi, a psychologist who studies racial trauma. Watching situations like this can conjure up past traumas for people of color, especially black people who have been forced to watch it, sometimes more than once, she said.

“George Floyd, for blacks, was a reminder of the history, consistency and pervasiveness” of racism, she said.

The moment prompted blacks everywhere to recognize “the historical and cultural trauma – in addition to the collective trauma – of the black community experience,” Jernigan-Noesi added. The visceral nature of the video capturing Floyd’s final moments crystallized an experience passed down from generation to generation: “This is my life, my experiences, in addition to maybe what I heard from my mother, from my grandmother, my uncle, my aunt or witnesses relating to my family or my community, ”she said.

The collective trauma has led to a calculation for black Americans in particular and within black communities. In February 2019 – a year before Covid-19 laid bare the health inequalities that had undermined black Americans for centuries and before Floyd’s death rocked the world – the Pew Research Center asked Americans about their attitudes towards- vis-à-vis the race. Even then, there was little debate among blacks: 78% said the country had not gone far enough to achieve racial equality, compared to 58% of all respondents. Half of black respondents said the country is unlikely to ever do so.

By September, months after the Black Lives Matter protests began in response to Floyd’s death, increased support for the movement had again waned across the population after peaking over the summer, according to Pew. Among blacks, however, support for Black Lives Matter climbed to 86% in June and remained high until the fall, even increasing by an additional percentage point. The only other racial group to support the same increased support for the movement were the Asian respondents.

Juliana Horowitz, senior researcher for the Pew Research Center, said the jump may have been due to the fact that, at 65%, black adults were the most likely to say that in the months after Floyd died, they “had done something to educate themselves in the history of racial inequality.”

“Black people were sort of the most mobilized to find out more, to pay more attention and to take action in their own lives,” Horowitz said, citing Pew’s data. Everywhere, books on anti-black racism and systems of inequality filled bestseller lists throughout the summer. Black-led groups and new Black Lives Matter chapters have sprung up to address racial inequalities, and policymakers have been forced to listen. For example, more than half of states have passed police reform laws, such as banning strangling and restricting the use of force, since last May, according to the National Conference of State Legislatures.

One of the areas of focus was policing and the criminal justice system in general, with its disproportionate impact on blacks. Longtime prison organizer, educator and abolitionist Mariame Kaba has found a wide audience open to learning more about her work in dismantling what is known as the prison industrial complex. “Suddenly people got a real interest in abolitionist thinking and abolitionist organization,” Kaba, the author of “We do this until we break free,” said in February.

Black employees have also become increasingly involved in their workplaces. “Before George Floyd, when the pandemic hit, many companies immediately laid off their diversity and inclusion teams,” said Mandy Price, CEO and co-founder of Kanarys, a startup that helps companies achieve diversity, l equity and inclusion in the workplace. “As businesses faced economic uncertainty, many eliminated these teams or cut budgets.”

But after Floyd’s death and the protests that followed, the role of business in maintaining inequality became clear. Black workers put a strain on their businesses and consumers began to demand more.

“The director of diversity in 2020 has been the fastest growing role” among leadership positions, said Price. According to LinkedIn, the number of diversity manager positions increased by 84% last year.

Richmond said advocacy groups led by people of color “have a meaningful place at the table” with federal lawmakers to find local solutions to racial inequality and injustice. While efforts at the federal, state, and local levels to reform the police, establish reparations, and diversify education still elicit a lot of backlash, black Americans are at the heart of the changes taking place.

“Conversations and dialogue are important because they shape politics,” he said.

All of this also has an impact in cultural arenas. Fine arts institutions have appointed more conservatives and black program directors after years of scrutiny that excluded them. A record nine of this year’s 20 acting Oscar nominees were people of color. Professional athletes, who are increasingly under scrutiny for speaking out against racial inequalities, staged mass protests throughout the summer and engaged in the electoral process in 2020. A notable example was when WNBA players helped Raphael Warnock defeat Senator Kelly Loeffler of Georgia, a co-owner of the Atlanta Dream.

“I haven’t always been so comfortable talking about my personal thoughts and beliefs,” said Nneka Ogwumike of the Los Angeles Sparks this year. “But over time, I realized that talking is much better than saying nothing.”

As Jernigan-Noesi, the psychologist, noted, black-led conversations and actions shared by all shape the future, however tumultuous the process is.

“When it comes to moving the needle forward, not everyone is on the same page,” she said. “We know not everyone agrees. There is a big gap in some respects, but I think what’s different is that you have people of color and white people from all walks of life. , in all of the states, who are really actively working together. I hope that momentum continues – it certainly makes it feel like it was different. “

Parkinson’s support group to meet in person on Thursday, June 17

DAILY Al-Anon and Alateen: Due to the ongoing coronavirus pandemic, Al-Anon meetings will be held …